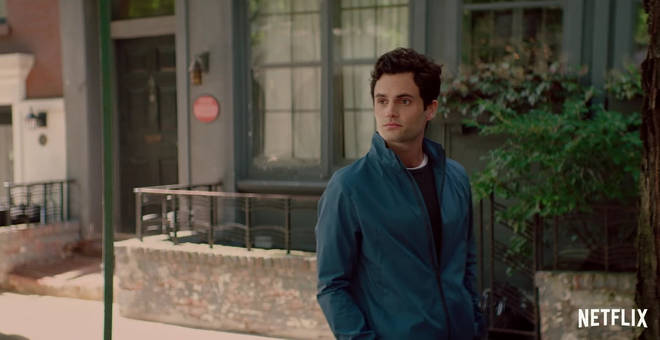 The last couple years I’ve been watching about 700 movies a year, probably 90% of which are from the 20th century. I made a deliberate decision to stop trying to keep up on new releases (I let my brother filter those for me) and focus on deep canon dives. I’ve also cut way, way back on TV and I’ve been brutal about quitting shows if they don’t totally grip me. As one might expect, given my frame of mind I’ve been very down on Netflix, which is all about the next new insubstantial audience-pandering thing. Lately, though, I’ve been feeling like their algorithm picked up on the fact that some people like things that are good, because they have been sorta killing it. Two Timo Tjahjanto genre movies, CAM, The Haunting of Hill House: this is some excellent shit. I was definitely a thumbs up on Bird Box, which is way more fun than most thrillers of the same ilk.  They also ponied up a massive budget for Martin Scorsese, and I’m damn excited to see the results of that. I haven’t watched Roma yet but I intend to… I’ve heard very mixed things. Some people whose taste I admire thought it was a masterpiece, a lot of others shrugged. Netflix also wrote a check for Bogdanovich to finally finish editing the long lost Orson Welles holy grail The Other Side of the Wind, which is a MASSIVE service to the world. I haven’t watched it yet, because I’m saving it for the perfect day and because I want to finish ticking off the other late Welles films I haven’t seen first (I’ve made a lot of joyful progress on this task). They’ve also been greatly expanding their collection of Hong Kong flicks in the original language with subtitles: lots of Johnnie To and Shaw Bros.

So I was browsing Netflix with a new sense of optimism. Then, yesterday, I got my face melted. I’ve been very sick all week and I haven’t really felt like watching too many heavy duty movies, so I’ve been watching more TV. I saw You featured on Netflix and was mildly intrigued: ooh, Dan from Gossip Girl… stalker… sounds like a black comedy. But how the hell is it a Lifetime show?? I didn’t even know they did anything with high production value. I was slightly deterred by the way I was seeing it hyped on social media: clickbait articles from trashy entertainment publications that I only follow for the sake of hate-reading touting it as “the bonkers, out of this world show you just HAVE to binge watch!” The last time I fell for that line I wasted a couple hours of my life on the Jonah Hill and Emma Stone shitfest Maniac, which is horrendously awful. But I was sick and I needed another show and it does have Dan from Gossip Girl. I ended up watching the entire season in one sitting and it’s one of the best TV shows I’ve ever seen.

The comparisons that come to mind: Alfred Hitchcock, Fritz Lang, Veronica Mars, Dexter, Nip/Tuck. There’s so much Hitchcock! Suspicion, Strangers on a Train, Rope, Shadow of a Doubt, Psycho, Rear Window, Rebecca. And a whole lot of Lang’s M and Secret Beyond the Door. The show does an absolutely masterful job of getting you to sympathize with and even involuntarily root for the sociopathic monster at its center… so much delicious cognitive dissonance. It’s also extremely funny, with a sense of joy in its nastiness that rivals Nip/Tuck. It manages to hit a lot of very salient themes re: MeToo, nice guys of OkCupid, shitty allies, etc., without being cloying or preachy. Believe me: if it were cloying or preachy I would definitely be writing a savage diss right now. Throw in some funny MFA creative writing satire and a totally solid cast top to bottom (that alcoholic neighbor guy! whoever that actor is, he’s amazing). And they totally stick the landing: what an ending. I am absolutely with the viral TV trend of the moment: run, don’t walk. Avoid spoilers. Enjoy.

The show bombed on Lifetime but it’s Netflix’s most popular show right now (I just read). They are taking over and bringing us a season 2. I hope they don’t mess it up they way they messed up Black Mirror (badly enough that I now dislike the original series because I can’t get the horrible Netflix-produced episodes I watched out of my head). If they do that, maybe I’ll go back off the Netflix wagon, but for now: feeeeeeeeed me.