TV is pretty lit right now.  I was getting pessimistic about the state of the medium but this summer’s fare has changed my tune. I’m having trouble keeping up. I have not started Stranger Things season 3 yet but I’m excited for it. It seems like credible people love it and less credible people hate it.

First, let’s divide things up into three categories: Meh, Very Good, and Where Have You Been All My Life.  I will also comment on the Deadwood movie at the end. I can’t put it in any of these categories.

Where Have You Been All My Life: Euphoria, Too Old to Die Young

First the good news: ambitious, transgressive TV is back on the menu. Refn’s Too Old to Die Young (Amazon Prime) is an absolute banger. Let me be clear: it is NOT for everyone. A list of the relevant content warnings would pretty much include every possible content warning. It is fucking dark. If you ever avoid things because of content warnings, this is probably something you should avoid. I was a little skeptical going in because Refn’s so full of himself that it’s kind of hard to self-identify as a fan, but I really, really loved both of his last two movies (Only God Forgives and The Neon Demon), so I guess I can say that I am a huge fan of post-Drive Refn (Drive is okay, but nowhere near the level of what’s come after).

I think it’s fruitful to compare Too Old to Die Young and Chernobyl.  Before starting Chernobyl I thought, “I really hope this isn’t too heavy handed with the Trump/Putin connections,” and then BAM! the opening narration spouts the dreaded cliche: “If you repeat a lie enough times…”

There are glimpses of something really interesting that could have made for a very special TV show. In particular, amidst all the olive-drab-so-you-know-it’s-the-USSR production design there are bits and pieces of expressionistic radioactive imagery that scream to be fleshed out further. Make like 50% of the show radiation horror and add a pulsing synth score in the style of John Carpenter and you could really have something. Instead, the show mostly goes for a “banality of evil” approach, where we see horrible consequences accrue from a bunch of bureaucrats making self-serving decisions and other bureaucrats following orders. There’s some very nice body horror, especially in episode 3, but I would have enjoyed a more hysterical and less sentimental approach to the hospital material. In any case, my overall opinion of the show as a work of horror is that it manages to take some of the most viscerally horrifying material imaginable and make it relatively mundane. It’s a black rain nightmare that wants to be a stodgy procedural. 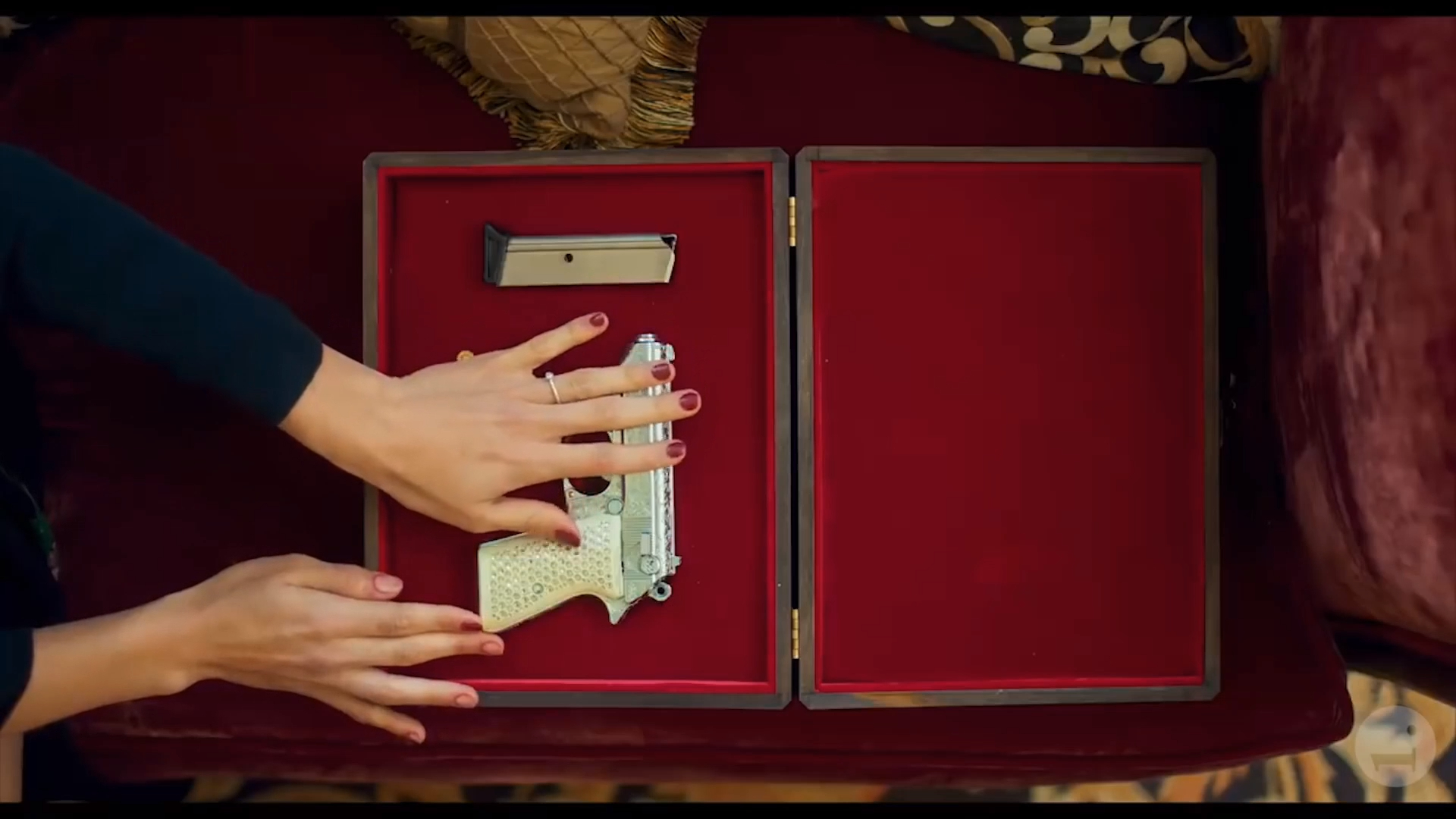 Too Old to Die Young is the exact opposite. It takes commonplace elements of the contemporary zeitgeist and filters them through a neon prism of hallucinatory existential panic. Sex trafficking, #metoo, drug cartels, border violence, hedge fund managers, police corruption, collapse of the gender binary, Trump, even cultural appropriation of the taco by white hipsters: it’s all in there, but in the manner of a nightmare. If you’ve seen Refn’s more recent films you might worry that the whole thing becomes too incomprehensible, but there’s no need to fear, his collaborator Ed Brubaker (of comics fame) moderates his more extreme experimental impulses. Brubaker pulls the show in the direction of an aggressively dark border noir with a tight narrative while Refn pulls it in the direction of a glacially-paced, neon pink Inland Empire. Add pulsing synth music from Cliff Martinez and the result is completely and utterly exhilarating. Best show since Twin Peaks: The Return and it’s not close. To reemphasize, though, this is definitely not for everyone. It is very hostile to audience expectations. I find this quality thrilling. But if you don’t like being messed with, this is probably not the show for you. It doesn’t compare to Too Old to Die Young, but the other show that’s really impressing me is HBO’s Euphoria. It’s been stealing Big Little Lies’ thunder on Sundays. Euphoria is at its core a new entry in the well-worn high school soap opera genre with a heavy dose of hard NC-17 Kids/Thirteen-style teens behaving badly. Initially I was skeptical. It seemed to me like the business model here was to be as shocking as possible to promote controversy to get people curious enough to subscribe to HBO. All the lurid content seemed to be framed in terms of pro-helicopter parenting moralism.  DO YOU KNOW WHAT YOUR KIDS ARE DOING?? But it’s sooooo lurid and seemed to have mischief in its heart, so I stayed with it. Four episodes in it has just gotten better and better. The fourth episode shows that Sam Levinson has some chops, with its vivid carnival setting and well-executed cross cutting between multiple subplots.  I thought homeboy was a hack after seeing Assassination Nation but I can’t fault what he’s doing here. The moralism, I’ve realized, is just to clear the way for some seriously risque fun. It’s like those early 60’s exploitation movies that would frame themselves as warnings about the dangers of homosexuality (or whatever)  but really just as a pretense to portray subject matter that couldn’t otherwise pass the censors. Euphoria is not here to lecture us, it’s here for subversive fun.

Even people not watching the show may have seen headlines about transgender model Hunter Schafer’s performance. She is really phenomenal. Her character is probably the most complex, three-dimensional transgender character I’ve seen in popular media. Too often, characters that occupy particularly marginalized social roles are saddled with moral sainthood. This is an insidious tendency. It reflects the impulse of guilty privileged progressives to idealize the moral purity of the oppressed, which is its own sort of dehumanization. Schafer’s character, Jules, is both flawed and profoundly sympathetic. Euphoria strikes the perfect balance of filthy dirty fun and sincere poignancy.

And now, the bad news: Legion continues to languish. I thought the first season was stellar. That season was short and tight, and the weirdness was focused around a few good ideas that gave the whole thing structure. Several episodes take place in the time it takes a single bullet to travel across a room. That’s a really good idea! Season 2 was bloated and aimless, with whole episodes devoted to uninteresting tangents and an excess of godawful Don Draper pseudo-philosophical voiceover soliloquies (the smartphone sermon was where I admitted the show had jumped the shark). The finale of S2 was kind of a banger, however, and it left the door open for the show to redeem itself. So far, I’m disappointed. S3 started out with some pretty entertaining time travel action but now it’s back to slow and uninteresting tangents that pack less dramatic punch than their posture indicates.

I watched three episodes of Good Omens on Prime and bailed. Stylistically, it’s like a toothless American Gods. I was intrigued enough by the apocalyptic premise and the fact that the Antichrist is a character, but the show is much more interested in the friendship between an angel and a demon who have taken to enjoy life on Earth. The concept seems to be to get two very fine UK actors (Michael Sheen and David Tennant) buddied up and just let them banter. But the writing is nowhere near compelling enough to render this interesting. And once the apocalypse does start breaking out it is far too goofy. Not for me.

Turning back to the Very Good, I certainly enjoyed the latest season of Billions, though it does have some major flaws. Some of the plotting is lazy. The first couple seasons felt fairly grounded in the show’s internal logic but at this point all such pretense has been abandoned and the writers take whatever contrived narrative shortcuts are necessary to set up the desired rivalries and give each character ammunition against the others. This complaint aside, though, the rivalries themselves are very entertaining. The show’s become a character study of the two most vindictive people in the world. I fear that we may be headed towards a cold shower of moralism, but we’ll see. For now, it’s all horrible people screwing each other over in ingenious ways and tons and tons of excellent dialogue in the show’s sui generis style.

Big Little Lies is delightful. The show was teetering between preachy and campy at the end of S1 and now it’s doubled down on the camp. It’s basically like “let’s round up all our hammiest actresses and let them go absolutely apeshit on a hothouse melodrama.” Meryl Streep rehashes her glorious Mommy from Hell from Demme’s’ The Manchurian Candidate remake, but with fake teeth added and some very loopy dialogue. I love her so much in this! Laura Dern continues to absolutely slay, and Shailene Woodley is actually pretty good in this season. I’m still not fully onboard with the Reese Witherspoon performance, though, which seems really obvious and one-dimensional compared with all the genius around her. 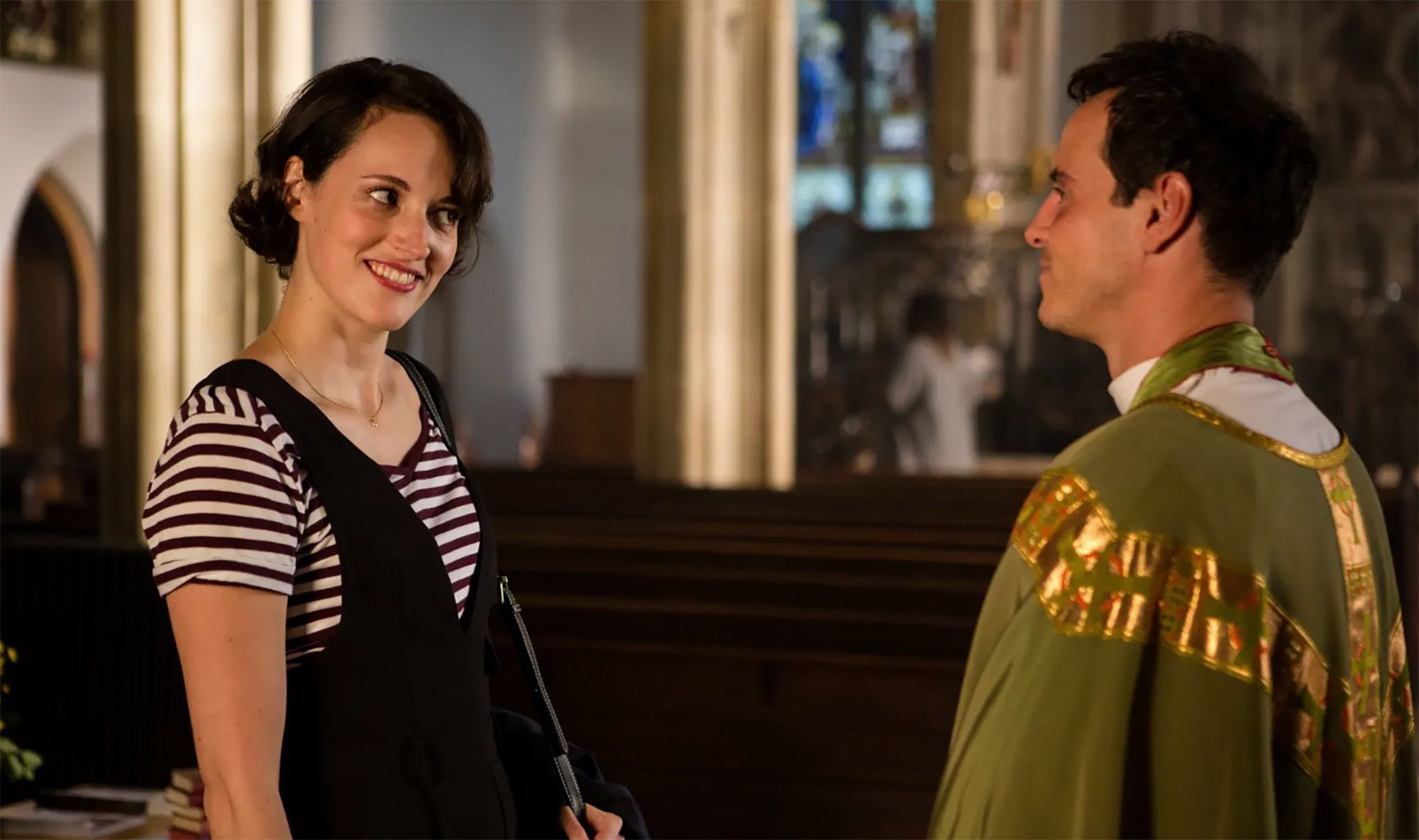 This brings us to Fleabag, which I think is very good indeed. It’s short and there’s no reason not to watch it. It’s witty, dirty, and relatively original. I appreciate how efficiently it turned Andrew Scott’s priest into a sex symbol. Olivia Colman continues to be amazing. Good show.

Alas, I wanted it to be better. I rewatched seasons 2 and 3 and they hold up incredibly well. The show has some of the best dialogue ever written. As for the movie, I don’t think it’s good, but at the same time I have affection for it as a Milch swan song.

The three seasons of Deadwood reflect the progression of the western genre. S1 is a heroic western with a relatively black and white moral landscape where we know who the good guys are and who the bad guys are. S2 is more in the territory of a 60’s Italian western where most of the characters fall somewhere in a moral grey area and the audience is invited to identify with less than savory characters as they manipulate and connive against even worse assholes. S3 resembles the late westerns that chronicle the fall of the last honorable men as the inevitable westward march of progress brings the intertwined forces of modernization and exploitation.  Aside from some unfortunate loose ends, the end of S3 was already perfect. It’s sad and dissatisfying but that’s how the west went out. Deadwood: The Movie is at its worst when it plays as fan service. It essentially returns to the heroic western paradigm, riles us up anew about Hearst, and then gives us a small victory to quench our dissatisfaction.  But this undermines the poignancy of the original ending. My other complaint is all the flashbacks from the original series reminding people who didn’t rewatch it of things that they may have forgotten. These flashbacks are uniformly disruptive and the scenes they intrude into would have been much more powerful if we could have inferred the relevant memory rather than being shown it. Just rewatch the series, it’s worth it. On the positive side, the Deadwood movie is at its best when Milch is foregrounding his own showdown with mortality and sense of abiding regret. There are some powerful moments, particularly surrounding Al on the one hand and Joanie and Jane on the other. Alas, I’m grateful to have this, but it’s not what I hoped it might be.