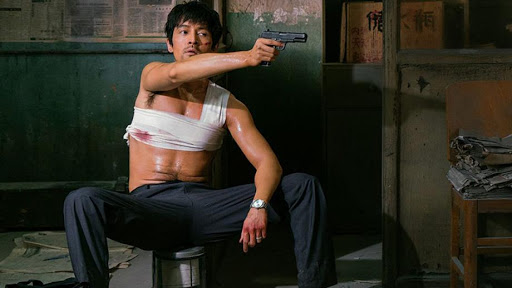 2020 hasn’t exactly been a great year for movies thus far, with so many releases being postponed. I am pleased to report that I finally saw a new release that I feel unbridled enthusiasm for: Diao Yinan’s The Wild Goose Lake. I watched it a few nights ago, stood up and pronounced “holy shit that was good!”, went to bed thinking about it, woke up thinking about it, watched it again, liked it even better, and then resolved to write a review. So here we are.

I’ll start with spoiler-free remarks and then get into some discussion of the plot, marked with a clear warning for spoilers.

The film is a neo-noir about a gangster who is the subject of an intense police manhunt. It opens with a meeting between him and a mysterious woman. Then we flash back to learn how we got to this point, who this woman is, and how she came to be involved. There are several big set pieces and a high degree of suspense throughout, which has prompted Hitchcock comparisons. Hitchcock’s Strangers on a Train is an apt point of reference for the big shootout scene, but really The Wild Goose Lake is much closer to Lang than Hitchcock. In particular, it’s downstream of the numerous paranoid thrillers Lang made where the protagonist is the subject of an investigation or manhunt (most famously M, but there are lots of others, including Hangmen Also Die!, House by the River and The Blue Gardenia). Lang used these tropes to examine both the fascist police state he had fled in his home country of Germany and the appalling justice system he found in the USA (his first three movies upon arrival were about how messed up our justice system is). Diao similarly uses these tropes to critique Chinese authoritarianism, but with a satirical edge: the cops in this movie are for the most part bumbling and incompetent. They overwhelm through ubiquity and sheer numbers. 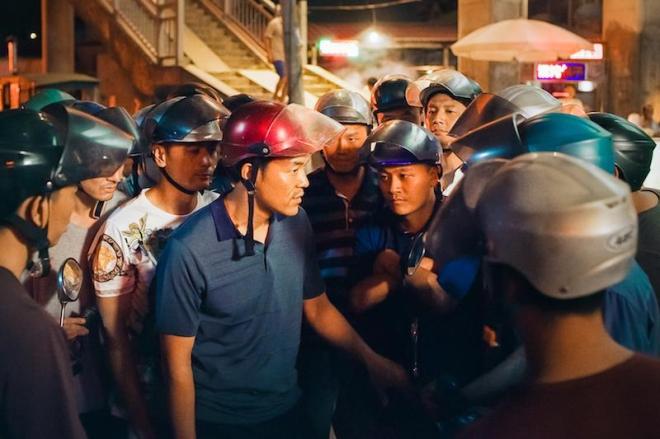 Diao’s use of shadow and silhouette is frequently reminiscent of Lang: 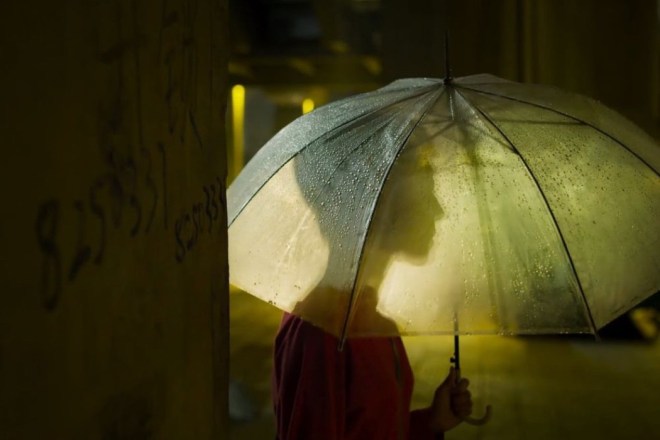 And contemporary points of comparison include Refn and Bi Gan (especially the tracking shots): 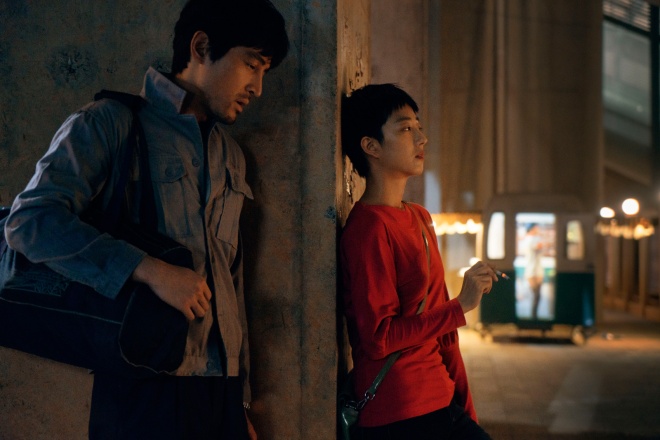 No one planned it this way, but The Wild Goose Lake cannot help but gain an overwhelmingly haunting resonance in virtue of its setting: Wuhan. The film’s sense of place is extraordinary: the city pulses and throbs as we weave through seedy bars and menacing alleys. It’s a city with a fever, and the film presents us with a ready opportunity to vividly imagine the first waves of our current global crisis rippling through these streets.

One of the protagonists, Zhou Zenong (television star Hu Ge), is in hiding because he shot a cop who he mistook for a rival gangster. This is one of those movies, like for example Resevoir Dogs, where a character is dying for basically the entire duration. He has been shot, there is a rich reward for capturing him dead or alive, and cops and rivals are closing in around him from all sides. Death is coming. His quest in the movie is not to escape it– it’s already fated– but rather to die the right death. In particular he seeks a degree of redemption by making sure the reward for his capture goes to his abandoned wife.

The other protagonist, Liu Aiai (Taiwanese actress Gwei Lun-mei, who also starred in Diao’s mystery noir Black Coal, Thin Ice) is a “bathing beauty,” that is, a sex worker from the lawless shores of the Wild Goose Lake. She is a bystander to the whole situation, but has been roped in by her manipulative boss to help facilitate Zhou Zenong getting himself turned in for the reward. We follow her point of view for much of the film, and she is an absolutely entrancing performer. By centering her perspective, Diao cleverly inverts the trope of the unknown woman.

So while the film’s primary trajectory is Zhou Zenong’s march towards death, Aiai has her own arc, where she is swept into a nightmare and must balance an emergency of self-preservation with the competing demands of honor and humanity. I wouldn’t detract from anyone’s work here but her performance is particularly astonishing.

I am extremely impressed by this film. It works as a pulpy genre exercise, but it is rich with subtext. Its politics are much subtler than Diao’s Black Coal, Thin Ice, which is also worthwhile. The previous film (which won the Golden Bear) is clumsier about integrating its thematic concerns into its genre trappings. Wild Goose Lake is seemless. I’ve seen several new releases this year that I liked quite a bit, but this is the first one that blew me away. I don’t want to say anything else except that you should see it (and then see it again).