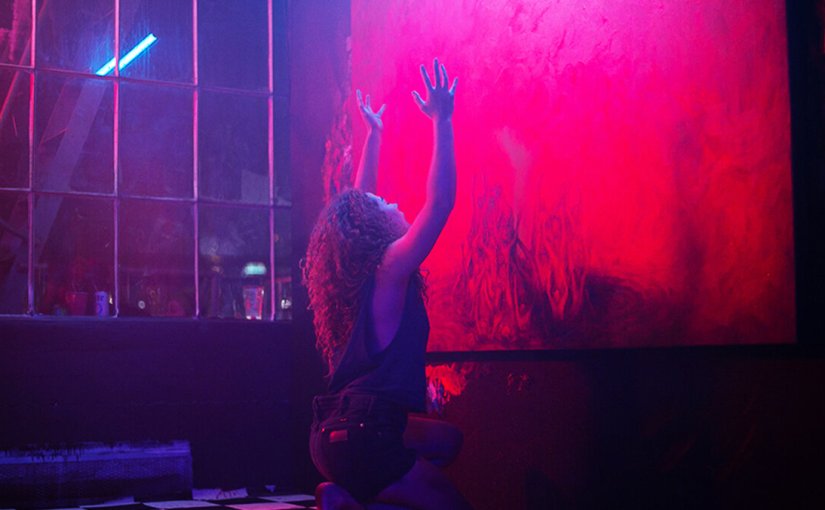 It is upon us! The best month! This year the streaming gruel is particularly thin, so I strongly recommend subscribing to Shudder (at least for the month). For the first time in 20 rounds of streaming recommendations, I’m not recommending a single thing from Netflix. Their horror slate right now is pathetic. They have nothing good that I haven’t already recommended more than once. Compare their piddling little horror section with HBO Max’s very fun Halloween feature, where you can click on mystery doors labeled “Not Scary at All,” “Scary,” or “Very Scary.” HBO also has a ton of children’s horror that is temptingly presented and that I’m sure will thrill my niece. I’m skipping Hulu as well. They have a better slate than Netflix, but they still have very little that I haven’t already recommended.

This is one of my favorite horror films, but it comes with an emphatic warning: this is not something you should watch if you have limits. It’s one of Herman Yau’s notorious Category III films from the 90’s (Category III is like Hong Kong’s NC-17). Anthony Wong gives one of the greatest horror performances of all time.

This is another favorite of mine that has long been very difficult to see in decent quality. It’s finally been restored! It’s a slow burn 70’s oddball dread jam. This is the complete opposite side of the spectrum from The Untold Story.

Peak Sergio Martino giallo with the best title of any movie ever. Edwige Fenech and Anita Strindberg: you can’t beat it.

The Whip and the Body

Extraordinary gothic horror from Mario Bava, starring Christopher Lee. This is all trap doors and secret passages and twisted secrets. Watch this together with Lisa and the Devil (also on Shudder) and be amazed at Bava’s equally stunning facility with dark tones and opulent color.

One of my favorite horror films from the last couple of years. It’s a breathlessly paced chase movie riffing on little red riding hood. It’s mean and nasty with a surprising fantastical touch.

Another favorite from recent years. Don’t even think about watching this while the sun is out. You want to watch this late at night and as loudly as possible. It’s a drug-addled LA vampire fever dream in grimy 16mm. The sound design is out of control. The music is great across the board but the use of sludgy doom metal during the most intense scenes is especially inspired.

Before this even starts to get weird we have a little girl who carries around 12 copies of Love Story and a little boy who constantly sips pea soup directly from the can through a straw. There’s a ridiculously long scene where a character is accosted by a trio of street musicians, one of whom is forcefully playing a nose flute. This is for real.

Luigi Bazzoni giallo. This is a little bit of a deeper cut, but it’s one of the high points of the subgenre. It’s got cinematography from Vittorio Storaro (Apocalypse Now, The Conformist) and a score from Ennio Morricone. Franco Nero plays an alcoholic reporter.

Funny, imaginative monkey’s paw djinn horror. I watch Wishmaster to fall asleep when I have insomnia. It is one of my favorite comfort movies.

Survival of the Dead

This late work from Romero deserves another look. It’s a zombie riff on William Wyler’s The Big Country and it anticipates the growth of tribalism in the US. It’s not his best work by any means, but it is still far better than nearly all of the zombie movies not made by Romero.

The Lords of Salem

I recommend this every year and I intend to continue doing so. It’s Rob Zombie’s masterpiece and far and away the best horror movie of the last decade.

Try to avoid finding anything out about this. It mashes up a couple subgenres in a surprising, creative way. It’s a hoot and the score is great. Helen Hunt!

Hammer Horror: The Curse of Frankenstein, Dracula, The Mummy

This is the first wave of great Terence Fisher/Christopher Lee/Peter Cushing flicks. If you haven’t seen these, you absolutely should. Enthusiastically recommended for everyone.

A quartet of Japanese ghost stories from Kobayashi, based on folklore. Absolutely gorgeous movie, not to be missed.

Hunted, recommended above (on Shudder), is by Vincent Paronnaud, one of the directors of Persepolis. This is by the other director of Persepolis, Marjane Satrapi. This one is waaaaaay out there and I have deep affection for it. The Ryan Reynolds factor is extremely high, so it’s only for people who roll with RR.

This is a certified banger and one of the high points of the Conjuringverse. It’s tense and tightly constructed. Watched in the right setting, it’s properly terrifying. By the director of Lights Out, David F. Sandberg. The dude has chops.

Tony Scott’s early art horror vampire erotica. Very unlike the rest of his filmography and decidedly not for everyone. Catherine Deneuve, David Bowie, Susan Sarandon (aka the best possible sexy vampire cast).

One of my favorite horror films of the 00’s. Beatrice Dalle is a singular actress, and she is at her absolute peak here. It’s a dense, relentless movie, and only for people with more extreme taste.

This is like an hour long and there is no excuse for not watching it. Peak 30’s horror from Ulmer with both Lugosi and Karloff. It contains multitudes.

Another black cat. Shindo’s masterpiece, featuring some of the most exquisite B&W images in the horror genre.