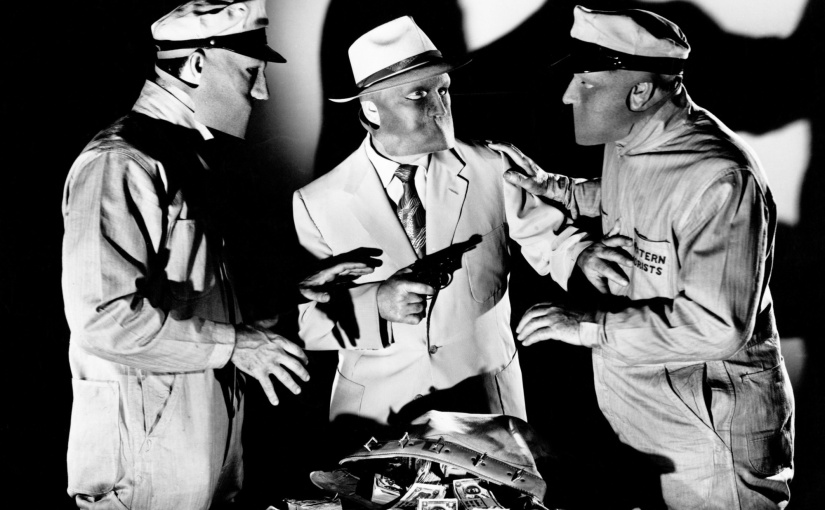 I’m visiting family in New York this week and the whole Strohltopia crew is hanging out together. I wrote this together with Josh. We decided to shaft Netflix this time, because it sucks, while Amazon Prime is amazing and Hulu is pretty decent. We looked around on Netflix and didn’t really see much good stuff that we haven’t already recommended. They have the new John Woo movie Manhunt (we haven’t watched it yet), their proprietary Crouching Tiger, Hidden Dragon sequel is a solid rendition of the Dragon Inn formula (though I’d rather just watch Dragon Inn again on Filmstruck), and I’m interested to watch Beyond Skyline on the basis of an intriguing recommendation, but mostly their film selection is a joke.

Phil Karlson is a B-movie god on the order of Sam Fuller. This is an absolutely fantastic noir. The screenplay is delightfully unpredictable. It zigs where you think it might zag.

I remember vividly one afternoon many years ago I was sitting down with my dad to watch a movie. He’s a very difficult audience. The only things he ever wants to watch are My Cousin Vinny, The Shawshank Redemption, Shallow Hal and sword-and-sandals epics. I convinced him to watch Phenomena on the basis of the promise that Jennifer Connelly telepathically communicates with bugs. He was like “what, does she whisper to a bumblebee? Alright, I’ll try it.” He did not move, he did not talk, he did not complain. It was perhaps the only time I’ve ever seen him sit still for an entire movie. His review afterwords: “Hoooooooooly shit that was good. You weren’t lying. She talks to bugs.”

I would have a hard time picking my favorite Renoir movie, but this is right up there. It’s the gold standard for the great tradition of art-as-life spectacles, and Anna Magnani is all time. To quote Godard, “It’s one of the five or six films in the history of cinema which one wants to review simply by saying, ‘It is the most beautiful of films’.”

This is the movie Zodiac is trying to be. It’s Bong’s masterpiece and one of the greatest police procedurals.

A beautiful and devastating 80’s Hong Kong ghost story. I’m really impressed that this is on Prime.

Kathryn Bigelow’s 80’s update of The Wild One (co-directed with Monty Montgomery). Early Willem Dafoe performance is on fleek. It’s a very unsettling movie, in a way that sneaks up on you.

Married to the Mob (Demme)

“The best shit there is.” That’s my sister-in-law’s take. PEAK Michelle Pfeiffer. Demme’s virtuoso feminist mob comedy is a cornerstone of his glorious body of work. We all completely love it over here at Strohltopia. We are actually watching it right now as I write this.

A precursor to Blue Velvet in certain ways, it’s a surreal look at the dark underbelly of suburbia. Edgy low-budget maverick shit.

Johnnie To’s answer to Backdraft. His mature style hasn’t developed yet but this was his first film with the great cinematographer Cheng Siu-Keung. There’s just enough story to make you care about whether the firefighters live or die and then it’s all action.

We love late Coppola. This is a bold, inventive semi-autobiographical film by an aging master.

While Netflix is down to like 3 movies made before 1960, Amazon is serving up D.W. Griffith masterworks. If you haven’t seen this, absolutely watch it. The formal accomplishment here is staggering a hundred years later, and as usual with Griffith, the acting is astonishing.

I know, I know, we never shut up about Song to Song. I keep watching it and I keep finding more to love about it. The most important revelation I’ve had revisiting it is that it’s Malick’s Faust. Give it a shot with that in mind.

Malick does Antonioni. This is another one that just keeps on giving. It’s his most difficult film, and I still feel like I’ve only half digested it, but I find it intoxicating from beginning to end. The Los Angeles setting is vivid and dreamlike.

The Florida Project by way of Harmony Korine, but good. I didn’t really like Fishtank and I was so-so on Wuthering Heights. This is at another level of ambition and it’s the first film from Arnold that’s made a big impression on me (Josh disagrees and slightly prefers Fishtank). It’s super long for what it is, but it wears its length well. It’s an odd sort of American Epic full of great performances and compelling details.

How to Be a Latin Lover (Marino)

Ken Marino is one of the funniest people. His directorial debut, starring the wonderful Mexican superstar Eugenio Derbez, is frickin’ hilarious. It’s a refreshing throwback to the Farrelly brothers’ style of sight gag comedy, before Apatow rolled in and ruined everything with family values, sloppy editing, sitcom direction, and endless improv. I watched it on an airplane with headphones, and I laughed so loudly and often that it was embarrassing.

Parents everywhere are suddenly possessed with the uncontrollable urge to murder their children, with Nic Cage doing a sort of Jack Torrance thing and Selma Blair doing her best Nic Cage. I thoroughly, thoroughly enjoyed this, but I recommend it only to people who find the premise immediately appealing. This one isn’t winning anyone over who wasn’t already there. From one of the co-directors of my beloved Crank and Crank 2.

No pretenses here. Straight to the point and it delivers. You want a kidnapping revenge thriller, you got it.

The Hills Have Eyes (Craven)

An essential classic of the American Nightmare subgenre of horror, wherein the nuclear family meets nuclear fallout. See it if you haven’t and are at all interested in horror.

Superb western with an especially badass Barbara Stanwyck performance (not to mention Walter Huston). Everyone talks about Joan Crawford in Johnny Guitar (deservingly so!) but Stanwyck’s gender-subversive turns in this and Fuller’s Forty Guns are comparably groundbreaking.

You’ve probably seen Manhunter, but if not, you must. Tom Noonan is unforgettable. The soundtrack is among the best of the 80’s. It’s one of the most visionary mainstream films of its era. That tiger scene tho!

Frontier of the Dawn (Garrel)

I actually haven’t seen this yet but I’m just really impressed that it’s on Hulu. I’m about three-fourths of the way done with a watch-through of Garrel’s available works (a few of his films are prohibitively rare) in honor of the 50th anniversary of May ’68. Very, very few of his movies are easy to find in the USA, so it’s really cool that Hulu has this. Garrel is the crown prince of sadboy navel-gazing (he made soooooo many movies about his torrid relationship with Nico and its tragic aftermath), but he has the chops to pull it off and a Proustian sensibility that renders the navel-gazing captivating and profound. Look out for a lot more on Garrel in my next film diary installment, but I just wanted to give anyone interested a heads up that this is on Hulu (it might not be there for long!).