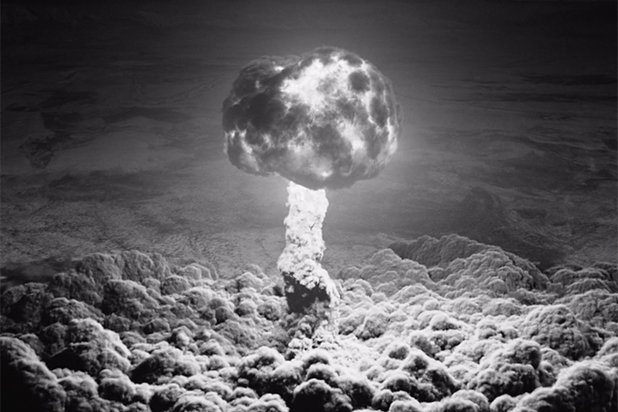 It’s worth taking a minute to put S03E08 in a broader cultural context.  This week, Disney made news by firing directors Phil Lord and Chris Miller from the new Han Solo origin film.  Lord and Miller are very distinct comedic directors who no doubt were putting an auteurist stamp on the film.  Disney claimed that they were fired due to “creative differences,” which is a euphemism for “they refused to produce something suitably generic.”  Who did they hire to replace them?  Opie.  Ron “Never Made a Good Movie” Howard.  This actually puts me in a bind, as I swore a solemn vow many years ago to never watch another Ron Howard movie, and yet I don’t see myself skipping a Star Wars movie, no matter how deliberately mediocre.

This scenario echoes the firing of Edgar Wright from Ant-Man in 2015.  They hired someone with a very distinctive artistic vision, and then fired him because he was making a movie that expressed that vision.  Warner Bros. confirmed all our worst fears this week when they came out and explicitly said that they are going to try to avoid working with auteurist directors who insist on final cut.  They want tighter studio control over the creative process, precisely so that they can calibrate their productions for maximum profitability.

It is against this increasingly dystopian cultural milieu that Twin Peaks S03E08 aired.  The show’s audience—including me—had been lulled into complacency by four straight episodes that more or less followed the same set of characters with very deliberate pacing, punctuated by moments of acute horror.  I think most of us expected a slight escalation but pretty much more of the same.  What we got instead was the most avant garde thing in the history of television.   I want to take a minute to really appreciate Showtime for facilitating the rapturous aesthetic experience I had last night.  That episode couldn’t have been cheap.  Maybe Showtime has some sort of long game business plan where word of mouth Twin Peaks buzz leads to lots of new subscribers who then decide to sample Homeland but of course get hooked (because Homeland is amazing) and keep subscribing even after Twin Peaks ends.  Maybe.  But I want to believe that at some level this is just old school patronage.  Some well-situated people fought to just let David Lynch do whatever he wants and these heroes won out over the bean counters.  This wasn’t a business decision.  This was service to humanity.   Or so I’d like to think.

There was so much going on in this episode that I don’t even know where to start.  The White Lodge and Black Lodge apparently exist in an alternate dimension.  There is a long-standing “two worlds” motif in Lynch that began with his unproduced Ronnie Rocket screenplay, where electricity is in some manner the medium to pass between worlds.  We found this idea iterated in Lost Highway, where Fred Madison and Pete Dayton appear to switch places across parallel worlds through an electrical disturbance.   We get something similar in Mulholland Drive, with the waking world/dream world dichotomy.  The motif becomes very abstract in Inland Empire, but it’s still there.   Multiple Laura Derns.  Even in Blue Velvet you have the idealized suburban world/rotting underworld dichotomy.   Twin Peaks: The Return is shaping up like a summative work, where we are getting a more direct look at the nuts and bolts of the metaphysics that pervade Lynch’s whole corpus.

The idea doesn’t sound amazing on paper: the Trinity nuclear bomb test opened up a portal to the other dimension (or something like that).  (Edit for hindsight: electromagnetic pulse fuels an explosion of fertility in the Mother?)  But the execution!  Holy shit!  It would be impossible to overstate how incredible a sequence this was.  Again, part of what’s important here is that we were all lulled into complacency.  The show had established a rhythm and a rough trajectory.  The episode started out more or less on track.  Our expectations were reinforced.  Then we get a badass Nine Inch Nails performance in the middle of the episode, and all of a sudden all hell breaks lose and we dive into the heart of the mushroom cloud and get like 11 minutes of Stan Brakhage set to Penderecki’s infinitely haunting “Threnody to the Victims of Hiroshima.”  It felt like Lynch was making contact with Kubrick here.  For one thing, Kubrick uses several Penderecki pieces in The Shining for similar emotional effect.  More directly, there’s an obvious connection with Dr. Strangelove and also with the ending of 2001: A Space Odyssey, which continues in the following sequence where the Experiment—seen previously in the glass box—spews forth a bunch of evil spirits, including BOB.

We learn that Laura Palmer is a manifestation (or host?) of a spirit of light that is created in the White Lodge as a counterpoint to BOB.  This revelation is mind-blowing, even if the details are still very unclear.  It sheds new light on the tagline “It’s happening again.”  My inference is that just as the BOB spirit jumps from host to host, so too does the Laura spirit.  The BOB spirit continuously hunts the Laura spirit in her newest manifestation.  The predatory relationship between the dark, evil appetites that BOB embodies and the light and love that Laura embodies is represented as part of the spiritual fabric of the world.  BOB’s cyclical predation of Laura is a horror we unleashed through our collective monstrousness, reaching a crescendo with the atomic bomb.

And then there’s the Woodsmen.  The radio broadcast of “This is the water and this is the well…” reminded me of Rob Zombie’s Lords of Salem.  I doubt there’s a deliberate connection there, but it was pretty vivid for me.  The audiovisual onslaught of the whole last part of the episode was enthralling.  I felt it in my bones.  It was nightmarish in the best possible way.

The soot-covered Woodsmen clearly evoke the blackened alley dweller from Mulholland Drive, about whom we are told in the Winkie’s diner scene, “he’s the one who’s doing it.”  One of Lynch’s most distinctive tropes is the byzantine web of shadowy figures pulling the levers of power behind the scenes.  In Mulholland Drive this is memorably represented through a bizarre set of characters holed up in weird little rooms relaying phone calls until they reach the kingpin figure, who is perched like a Bond villain as he awaits the call.  Or in Wild at Heart there’s the network of twisted assassins who commission hits with ceremonial silver dollars.  What’s emerging in Twin Peaks: The Return is a sort of origin story for the evil spirits that ultimately lie behind these webs of power.  It’s the soot-covered man in the alley–an agent of the Black Lodge– who’s really pulling the levers.

Sometimes Lynch’s shadowy figures are given motives—typically highly particular and very dark appetites, like Frank Booth’s mommy fixation.  But these motives are in a way just McGuffins.  What really drives these characters is the pure joy of evil, and BOB is the distilled essence of this drive.  Last night we witnessed his creation.  And it was the best thing ever.