The problem with the musical biopic as a genre is that these movies tend to put their focus into pulling off a good karaoke impersonation and ticking off the obligatory recognizable milestones (early failure, big break, escalating success, drugs and sex, hard times, and finally either redemption or an early death) rather than on telling a good story or exploring the subject’s creative process or doing something interesting with form. I find most of these movies unwatchable, though I do sometimes find myself deriving mild enjoyment from karaoke movies about artists that I like (e.g., the Biggie movie or Straight Outta Compton). There are several excellent movies about classical artists, which I think is much easier to achieve because no one is tempted to build their Mahler biopic around a gimmicky Mahler impression and a bunch of Behind the Music cliches. The ones I really love are Straub-Huillet’s Chronicles of Anna Magdalena Bach, Ken Russell’s Lisztomania and Mahler, and Zulawski’s La Note Bleue (about Chopin).

I can think of exactly one exceptional biopic about a pop musician: Bill Pohlad’s Love & Mercy, about Brian Wilson and The Beach Boys. It’s great because it totally eschews the standard formula and instead focuses on Brian Wilson’s unique way of experiencing the world and how it manifested in his creative process. It uses innovative sound design and editing techniques to depict Wilson’s point of view. I don’t see how anyone could watch that movie and not go listen to Pet Sounds a couple dozen times afterwards.

Wu-Tang: An American Saga takes a totally new approach and I loooooooooooove it. Forget the biopic, this is a bio-miniseries. It uses the larger canvas to craft a mythic origin story that focuses on the parts that are normally glossed over. We are 4/10 episodes in and no one even has their rap nickname yet. Method Man and Ghost are still enemies. This is closer to a musical version of The Wire (minus the cops) than to Straight Outta Compton. There’s certainly a degree of embellishment and narrative liberty and as far as I’m concerned THAT’S FINE. If I want to be informed about the actual history here I can watch the Wu documentary and read the wikipedia articles. Tell me a good story, I don’t care if you made some of it up.

So far, this is a Wu-Tang gangster saga with rap greatness simmering just below the surface. The RZA (Ashton Sanders from Moonlight) is at the center of it all, making beats in his basement, forced to hustle when his brother is imprisoned, torn between his duties to family and his own boundless creative drive. He’s the visionary, the one with his eye on the prize, but he keeps getting pulled towards the street game. He sees his friends, family, and even enemies as MC’s lying in wait. He’s constantly trying to pull them away from the corner spot and into his basement to lay down verses, while they are trying to pull him back out to sell blue tops. Kung fu movies play in the background. Five Percenters preach in the streets. As a fan of Wu-Tang since 36 Chambers dropped when I was 12 years old, it all feels familiar. But it feels more like the Wu Tang fictional universe developed across their body of work than like a rote wikipedia survey of noteworthy biographical events. This is the Wu-Tang Clan as they see themselves: superheroes emerging from the Slums of Shaolin. They’re gaining their powers now, and soon they will don their alter-egos. I also really appreciate that Hulu is releasing this week-by-week instead of all at once. I like having something to look forward to: Wu Wednesdays, highlight of the week. 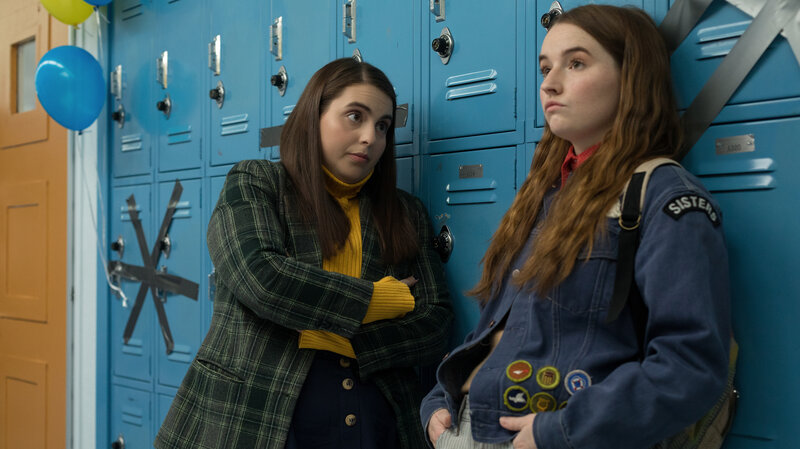 There aren’t many movies I dislike this strongly. I put it on late at night, imagining it would be a funny and entertaining high school comedy updated for contemporary moment. Not only did I not find it funny, I spent several days ruminating on how intensely I disliked it. It’s instructive to compare it with Kay Cannon’s Blockers, which is also a female-centric take on a familiar highschool formula. Blockers is a gender-inverted American Pie. Olivia Wilde’s Booksmart is often compared to Superbad, which is apt, but it’s closer to Can’t Hardly Wait, with a pinch of Ghost World. So far, so good. One feature of the high school comedy subgenre is that it can withstand a high degree of reiteration. All those American Pie sequels are solid, for instance. Blockers is very effective about both hitting all the genre norms and doing something new and refreshing. I really admire it for giving the female characters unflinchingly raunchy dialogue. Also, the way the parents’ side of the story ends up resolving is a brilliant revision. Usually in a movie like this, the parents discourage their daughter from having sex, she tries anyways, and at the moment of truth she realizes they were right all along and she should really wait to lose her precious flower. Here it’s the opposite: at least in one arc, the parents learn that it’s fine if their daughter has sex. Hallelujah.

What I really dislike about Booksmart is the way that it forsakes an absolutely essential element of the high school comedy: sincere sentimentality. I think you will find that every single great highschool comedy has a streak of saccharin sweetness. It needs to be there. Booksmart seems to want to be funny at all times. Whenever there is a moment of sweetness, it sees a chance for a cheap laugh. Its schtick is to disrupt any sense of sincerity that starts to develop with a joke on the level of a loud fart. At no point in the movie did I get a sense that the two leads are best friends. I believed that they hang out together, but I did not believe that they love each other. Their ultimate separation when one leaves for a year abroad has no impact, and in any case is disrupted with a joke on the level of a loud fart. That’s right, not even the final goodbye lets you feel anything.

The scene that I hated the most is the bathroom sex scene. In fact, I think this is my least favorite scene in recent memory. One of the two female leads is out as gay but hasn’t yet consummated her sexuality. She crushes on a quirky girl who may or may not be gay, which leads to an unsurprising and genre-typical humiliation when she turns out to be straight. Then we get a delightful twist where the Hot Mean Girl (Diana Silvers– her performance is the best thing about the movie and she’s also great in Ma) turns out to be into her and they start making out in the bathroom. The scene starts out charmingly awkward and sweet. I had really been hating the movie and I thought to myself, “how does this terrible movie have a lovely sweet scene like this?” And then…. we get a “wrong hole” joke directly into a vomit joke.

Fuck this movie. The character has already been humiliated enough at this point and deserves a win. It would be highly appropriate to genre conventions: I thought we were getting the equivalent of the Lauren Ambrose bathroom scene in Can’t Hardly Wait. There is no good reason to humiliate the character again. It’s not funny. The movie turns around and gives her a small redemption: the Hot Mean Girl stops by to say goodbye at the end and makes it clear she’s still interested. But if you were going to give her this win, why not give it to her in the sex scene, where it can have far more emotional impact, rather than as a hasty afterthought? We are told to see this as a win, but we can’t feel it. One might think that the sex scene functions to let people know that it’s okay if their first sexual encounter is a bit of a shit show. But the movie could have accomplished this without tawdry, lazy gross out jokes. The embarrassment and awkwardness could have stood hand-in-hand with sweetness and sincerity.

Small note: I also really did not appreciate Feldstein’s arc, where she is rejected by the goy boy and ends up settling for the desperate kid coded as rich and Jewish. The subtext there is off-putting. See Blockers if you skipped it. It’s so much better.