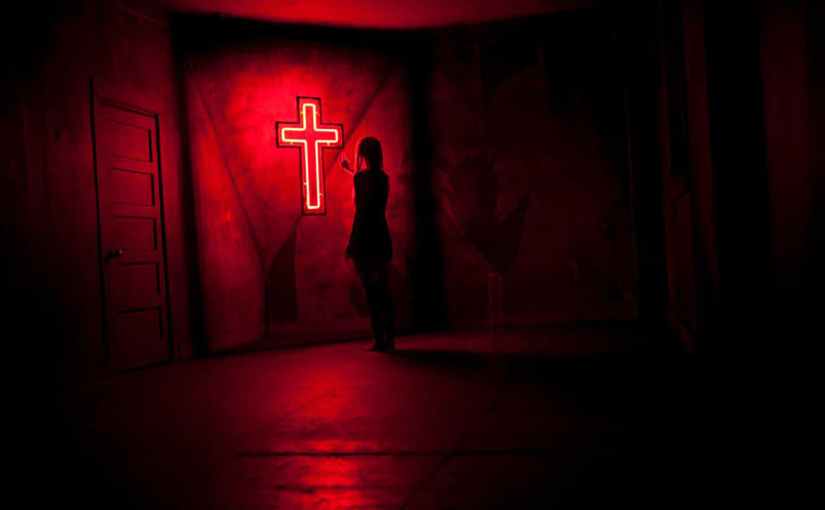 Featured image from Lords of Salem

The best month of the year is upon us. Last year I watched 57 horror movies in the month of October and I expect to easily beat that number this year thanks to pandemic lifestyle changes. I’m continuing my yearly tradition of posting a set of horror streaming recommendations. I am including both more popular, obvious recommendations suitable for horror tourists (and by all means, ’tis the season for horror tourism) along with some deep cuts for genre fans. I will include recommendations for HBO Max, Netflix, Hulu, and Amazon, but I also want to draw attention to the Criterion Channel this year, which has come out of nowhere with the most impressive set of horror options of any service other than possibly Shudder. Shudder is a horror-centric service which I do recommend in general (I’m not going to include Shudder in this post but for Shudder subscribers I would especially recommend the slasher classic The Burning and Dario Argento’s masterpiece Tenebrae).

If you haven’t used your Criterion free trial yet and you like horror, now is the time. They dropped a couple horror features today that are just fantastic: a set of 70’s horror movies and a set of New World Pictures productions by female directors (this was Roger Corman’s infamous production company). The 70’s selections include some seminal classics as well as some very deep cuts (there are a few I haven’t even seen). They are all worth a look, but I want to draw special attention to a few.

This is one of my favorite examples of moody, slow burn psychological horror. A woman who has just left a psychiatric facility moves to a country home with her husband and friend, but she questions her sanity after encountering a young woman who may be a vampire. This one is all about creating an atmosphere of mystery and dread rather than aggressive gore or high octane thrills. It’s not very well known, but it’s revered among 70’s horror fans. If I could pick one movie for you to watch this October, this is the one.

The Witch Who Came from the Sea

Another peak 70’s hallucinatory slow burn dread jam. This one is very dark and deals with themes of trauma and abuse. I really love the salty seaside setting and director Matt Cimber’s aggressive stylistic weirdness.

A couple go on a camping trip where they flagrantly abuse the natural world, and the natural world strikes back. As far as message-y environmentalist horror goes, this is solid. It’s from Australia and bears some comparison with Wake in Fright, though I wouldn’t say it’s as good. Still, it’s worthwhile in its own right and something that I don’t expect most American horror fans will have seen.

Serious horror fans have probably seen this, but for those who are just looking to dabble in the genre, this is one of the greatest horror movies of all time. Ignore the new remake and peep the original 1974 masterpiece. It takes place at Christmas in a sorority house and the scares are set in motion by a series of frightening phone calls from a stranger. This is a consummate piece of horror filmmaking in all respects. At the formal level it is among the greatest stylistic triumphs of the genre. The lighting and cinematography are perfectly tuned to the setting and subject matter. It creates a vivid atmosphere of mixed holiday emotions (celebration mingling with loneliness and despair). But this is perhaps most notable for the richness of its characterizations: unlike most horror movies set in a sorority, every sorority sister feels like a distinct person. (note: this is also on Shudder)

Gary Sherman is nowhere near as famous as he should be. This is one of several neglected Gary Sherman horror classics. It’s very eccentric and not for everyone, but Donald Pleasence fans shouldn’t miss this London Underground subterranean cannibal odyssey.

This is part of the New World Pictures feature. Amy Holden Jones’ feminist spin on the slasher– featuring a phallic drill killer– is one of the high points of 80’s horror.

Also part of the New World Pictures feature. This is an American horror movie but it feels closer to Eurotrash vampire erotica. Stephanie Rothman’s film is an intriguing oddity, with incredible dream sequences and probably the most dune buggy riding of any vampire movie ever.

Humanoids from the Deep

Another New World Pictures title. This Barbara Peeters flick gets a very strong content warning: it’s about fishmen who seek non-consensual mating with human females and it is extremely messed up. But wow, if you want a confrontational take on reproductive horror, this is your movie.

This has been on Criterion for a month or two, but I’m not sure if it’s a permanent addition or a rotating selection. Kiyoshi Kurosawa is best known for his 2001 film Pulse, and that is a great film, but this is even better. It’s arguably the best horror film of the 90’s. The narrative is elusive and I don’t want to say too much as it’s best to go into this cold, but I think of it as being in the tradition of Fritz Lang’s Dr. Mabuse movies. Like Pulse, it’s pitched at a very abstract level.

This 1968 title is part of the permanent collection on Criterion and not a rotating selection, but I want to put a special plug in for it. Although it’s not as famous as Shindo’s Onibaba, this is my favorite of his films and one of my favorite Japanese horror films, period. It’s a revenge story and supernatural romance about a mother and daughter living as ghosts in a bamboo forest who terrorize lost samurai. The black and white horror sequences in the thick bamboo forest are just stunning.

The Curse of Frankenstein and Horror of Dracula

These are two of the greatest and most iconic Hammer horror titles, both directed by Terence Fisher and starring Christopher Lee and Peter Cushing. If you want to check out some vintage British gothic horror, Horror of Dracula is as good as it gets, and Curse of Frankenstein is also tremendous.

The best known Obayashi movie. Totally batshit. Not scary, but truly something to experience.

Day of the Dead

This might be the best of the whole series. The gymnastics set piece is for me the high point of Final Destination.

I recommend this every chance I get. Ken Russell crazytown psychedelic evolutionary regression horror.

Aja’s remake of the Wes Craven classic is one of the best modern horror remakes. It is GNARLY. Not for the faint of heart.

Eddie Murphy and Wes Craven team up! This neglected gem is due for reappraisal. It’s a true Murphy/Craven hybrid and manages to balance serious horror with absurdist comedy.

For me this is easily the greatest American horror movie of the last decade (overall a lousy decade for horror) and Rob Zombie’s best film. It’s another slow burn dread jam. It’s not going to thrill gorehounds who want constant jump scares, but it is a masterclass in atmosphere and emotional crescendo and the production design absolutely slams.

The new Severin restoration of Jess Franco’s slasher gem. This is particularly interesting for people deep into the horror genre, as it is a rare example of a European director attempting an American-style slasher (for an example on the other side of the spectrum, compare Nightmare Beach). Elements of the Italian giallo and Eurohorror in general are integrated into the slasher formula. Also, this is one of Franco’s greatest achievements at the formal level. It’s gorgeous. NB, some previously censored scenes are included in this restoration but the materials are lower quality.

This is a direct-to-video low budget horror gem. The hook is there’s a demon that possesses people, but you can’t kill the possessed person or else YOU get possessed. Dolph Lundgren is doing a twangy Indiana Jones-meets-Van Helsing character who wears a duster and VAPES? Yes! I could go for five sequels with this character.

Such a great premise: vampire movie set in Northern Alaska at the winter solstice.

This is such a mean, nasty, hardass vampire movie. It’s about as mean and vile as Carpenter gets. James Woods brings so much intensity. Some elements haven’t aged terribly well (the misogyny is thick) but this is one of the most hardcore vampire movies.

Rob Zombie’s debut film. It’s roughly in the Texas Chainsaw Massacre zone but with Zombie’s distinctive sensibility and a great cast featuring 70’s exploitation icons like Sid Haig. It’s by no means his best and it has an amateurish roughness, but it’s a good intro to his filmography and full of nasty delights for genre fans.

Hulu is also not great this year, but there are a few things. I won’t bother to write up Hellraiser or Evil Dead II, which I have recommended multiple times and are essential horror viewing.

The Last House on the Left

Not for everyone. Early Wes Craven, grimy production value, rape-revenge exploitation. It still stands out for its unflinching vileness and howling rage. Essential for genre fans, others should proceed with caution.

I actually prefer the Omen remake to the original (which I’m not a huge fan of). It’s the Mia Farrow factor that really puts this over the top. She is fantastic in this.